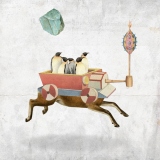 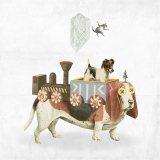 Life, Death, And A Voyage

After Magritte's Sons of Man 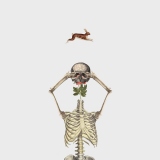 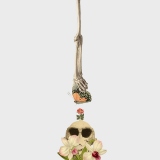 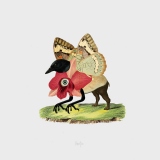 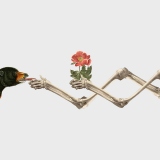 Flora/Fauna #1
Resatio cuts encyclopedias and put them back together.


Resatio Adi Putra is a visual artist focused with collage and mixed media technique. His processes include mark making, collage and photography combined with manual and digital processes. He works with found and created elements, figurative, abstract and typographic, bringing us the otherworldly feel.

He had participated in Bandung New Emergence Vol. 5 in 2014. The artwork questions about one West Java’s local folklore who had a similarity with a folklore written by Aesop also other folklore around the world. He also recently had a solo exhibition titled Flesh + Flora at Ghostbird Swoon in Sanur, Bali. A study of the complex dialogue between the body, nature and spirituality. Flesh + Flora questions and visually explores Bali’s magnetic draw, with a strong emphasis on the indefinable mysterious undercurrent still present in Sanur. Resatio dissects organic and intimate forms – the human body and nature then reassembles the pieces creating surreal images that reveal a strong animistic nuance.

He use collage for most of his artworks as an attempt to deconstruct and reconstruct. How to add and hide the existence and how to rewrite history. Collage is not only about cutting and pasting, but the process began at the time of collecting, searching, and finding the materials. The tools are not only scissors and glue now, but also your mouse, keyboard and computer screen. Paper turned to high resolution JPG file.


SELECTED EXHIBITIONS
The Other I
Galeri Padi, Badung, Indonesia 2011