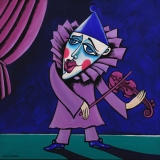 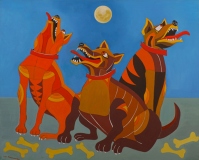 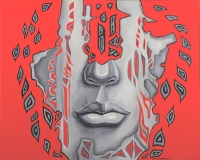 At the Border of Another Dimension 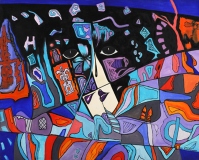 Mrs. Centaur
Born in Kiev (Ukraine), she graduated from her hometowns Liceum Plastyczne (College of Art), continued her education in art in Moscow where she graduated from the I. Fiodorov Academy of Art and Printing.
She is a painter, graphic artist and creator of unique ceramic arts, and in 1985 won an award at the IV Biennale of Polish Ceramic Art in Wałbrzych for her ‘Ebonies creation. She participated in numerous individual and joint art exhibitions in Poland and abroad. Her works are featured in many private collections and Museums in Poland, USA, Germany, Israel, Holland, France, Canada and Russia. She participates in international paint and ceramic plain-airs and symposiums.
During 1966-1999 Lili Fijałkowska was the director of the Survivors of the Shoah Visual History Foundation created and funded by Steven Spielberg. At the present she is the deputy chairwoman of Graphic Arts Section at the Warsaw District of the Polish Society of Fine Arts (OW ZPAP). She is a member of the creative group PositiveArt.


Lili’s creative works depict the enchanted world of I.B. Singer, a world of her imagination, and her world of women.
The imagery of women in the exhibited cycle Mannequins is simply yet clearly defined.
Colour plays a great role in Lili’s works. She does not hesitate to combine bright and vivid colours to saturate her paintings with light. In her world of fantasy she conjures unusual figures, attempting to represent  and express ‘Melancholy’, ‘Destiny’, Buddha’s dream’ in a  whole new dimension, thus infecting and arousing the viewers imagination. DECENTRISM is a separate chapter in Lili’s work. DECENTRISM is a new modern artistic concept postulating indirect presentation of an object or subject, that usually remains outside of the picture.
Excellent examples of this concept are her works presented in this ‘Kindred Spirits ’ exhibition: the painting
‘Night’ and diptych ‘Date’. For Lili DECENTRISM is an intellectual adventure she shares with viewers of her art,
whom she wants to join in her artistic discoveries.