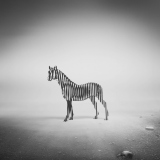 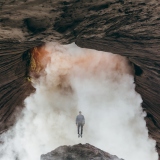 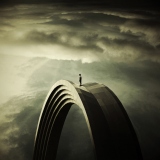 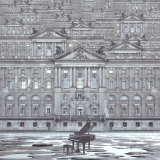 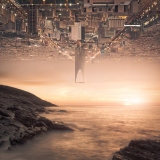 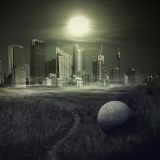 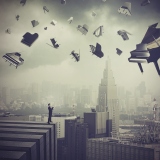 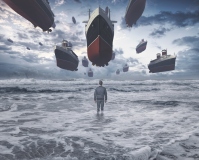 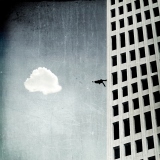 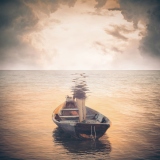 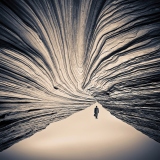 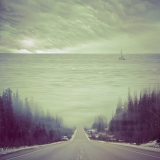 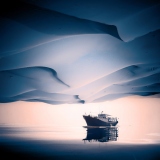 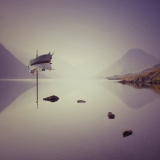 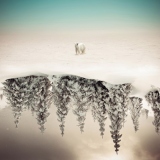 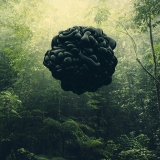 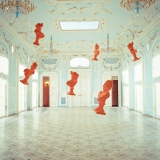 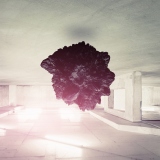 “Creating everything you can imagine”

Evgenij Soloviev (aka apachennov) is a creative digital graphic designer and illustrator from Nizhniy Novgorod, Russia who specializes in photo manipulation and graphic design. His artworks are about reality verging towards the impossible: gravity disappears, landscapes turn up-side-down, people and outer space collide. Evgenij says viewers may see loneliness or sadness in his works, but these feelings aren’t there. Instead, he insists that people must find themselves within his artworks, or extract their own narrative. The key is that the viewer must think, not just observe, because his artworks are equally physiologic as they are aesthetic.

Completely self-educated, Evgenij began creating in 2006 using primarily Photoshop and Corel Painter. Since then, he has also added Cinema 4d to his toolbox, a compliment that helps him to keep his photos as realistic as possible. He draws inspirations from many, but mainly Robert Parke Harrison, Scott Mutter and Jerry Uelsmann. Evgenij currently works for diverse media agencies and magazines, such as Wired. One of his latest projects includes creating the cover for the most recent album from the American indie-rock band Imagine Dragons.