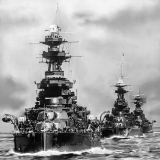 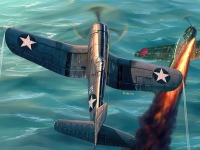 Sunrise in the sky

In the eyes of the eagle 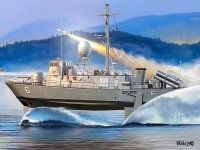 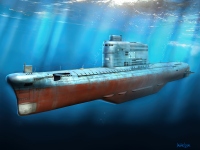 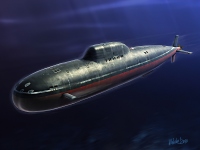 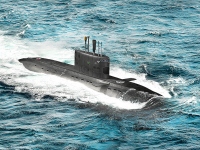 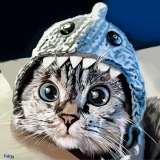 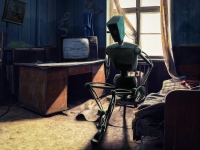 USS Idaho
Draftsman and painter by passion for over 35 years, which turned into a professional career as an illustrator, graphic designer, painter of pictures (acrylic, watercolors).

The profession learned is Polish philology at the UKW.

Pencils were his basic medium, he trained his style, anatomy, still life forms, light and colors for many years.
For 20 years he worked in the largest media (Gazeta Wyborcza, Polska Press) in graphics departments, where he received Adobe certificates in the field of photography, graphic design and Adobe trainer.

For over 10 years, he has been cooperating with model manufacturers, digital painting (screen graphic tablet) illustrations and pictures on model boxes, as well as many book publications. He also paints to order - portraits, landscapes and technological forms, from architecture to military.

The most common style in which he creates is hyperrealism. In addition to painting, he is also a musician (which can be read on Wikipedia), who collaborates with Jean-Michel Jarr.
I am currently painting with the digital method and the pictures you will see here are painted exactly like that. I usually use a screen tablet and Pshotoshop software with selected and made from scratch brushes and digital canvases that faithfully mimic the work of the canvas with a brush - the form of the so-called impasso.
Various topics, mainly hyperrealism, realism, sometimes surrealism, the concept of art. I invite you, maybe each of you will find something for yourself.