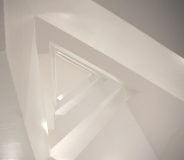 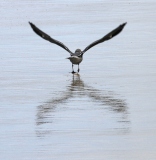 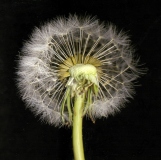 Dandelion
Piotr Zimniak is a retired biochemist now living in Santa Cruz, California. He took his first photograph when he was six years old. Many cameras and even more years later, he is still doing it. His photographs were exhibited at the University at which he worked.

Some claim that a photograph faithfully reflects reality. To me, this is not true. The choice of when and where to take a picture, out of a near infinite set of space-time possibilities, reflects the interests, character, but also the momentary state of mind of the photographer. If transported to the same general location, each of you would select a different point of view and a different moment to press the shutter release, and would thus end up with a very different image. Therefore, what I am presenting to you is my entirely subjective and personal vision of reality.