Photography - a widespread but mysterious at the same time - medium that allows capturing the moment, single record, crumb seconds to be able to reproduce it indefinitely. Repeated mechanically, multiplies, but it can never be repeated in exactly the same form as before. However, it has the power to make this very moment turned into an icon.
Photography seems to say: “This is it, that’s exactly it, look!” When we show our pictures to someone, the person watching them almost automatically show us his photos. Photography is the change in the form of communication, from verbal to visual. The idea of ​​a dialog lay in the ground of the exhibition of Davey Jones and Dayvid Lemmon "Nuclear Religion" in Strychnin Gallery in Berlin.
Both artists work with photography. Both, however, are not pure photographers because by manipulation and post production of the digital image they’re reaching effects that go beyond pure photography.
Davey Jones is trying to tell a whole story in a single image. The development from concept to realization of an image can take up to several months. It will be preceded by the creation of scenery, pairing the appropriate objects and costumes for pictures. When everything is ready, the scenes with the actors are rehearsed and coordinated until the final setup is agreed. Then the actual picture is taken, with proper light, makeup and wardrobe. After the negatives are developed and scanned, Jones spends weeks or months with the post-production, in which all photographic elements are assembled to the final image. To achieve it, Jones uses a whole range of both digital and traditional tools. The results often refer to classical painting of eighteenth and nineteenth centuries and seem to be so dark as the room from the Victorian era, which is further emphasized by the framing of the images.
Dayvid LeMmon was introduced in the world of photography by his grandfather, who spent most of his life with a camera in his hand. With his grandfather he also triggered his first images in the darkroom, and learned workshop classic black-and- white photographs. Then he experimented himself in the field of digital technology. His images contain from 3 to 15 different photographs that are combined in a constructed world. He uses the technique of photographic collage but in a digital version, which smoothens and binds these photographs. Lemmon in his work refers to the technology, electronics, mass media, spiritualism, religion and architecture. The mixture of this different areas produces as an itch and unpleasant transmission.
Although the work of the two artists seems very different at first glance, if you look closer, they reveal a huge resemblance  in the core attitude. Both are in some ways romantic, the image motifs used by LeMmon have a strong affinity to romantic paintings of Caspar David Friedrich or Phillip Otto Runge's. Both are also conservative in some way. Stylistically, these works refer more to "yesterday" than to "today". They both use the camera in a modified way. It is not just a tool to discover everyday life. Photographs of the two artists seem just perfect for big formats, but gradually are printed in small dark copies. 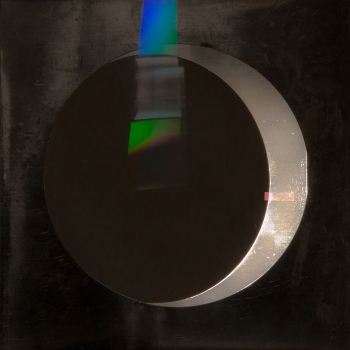 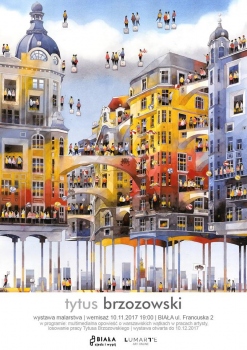 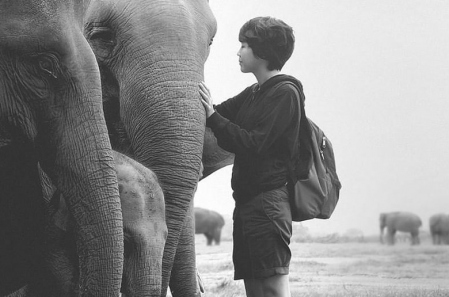